How the grounding of Jet Airways hit the air cargo industry in India.

Jet Airways was grounded due to a lack of funding. Lenders refused to give an immediate lifeline to the airlines who are owed over USD 1.15 billion. 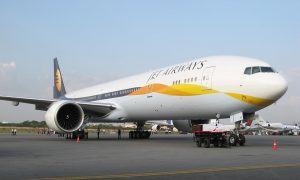 Jet Airways had handled 10-15 percent of total air cargo out of India. Now as it is grounded all other air cargo providers are expected to increase rates and adding to the already backlogged freight conditions out of India.

The sudden scarcity of aircraft has led to a huge space crunch in the air cargo industry denting the current market capacity of manufacturers and service providers. Jet had service to 37 routes across India and 19 global trade routes.

Logistics companies must either use multiple flights to route the cargo to two cities or use the surface to transport the cargo which causes a delay in delivery.

We are advising all importers and exporters to plan for extreme delays and pricing fluctuations for the next 2 months.